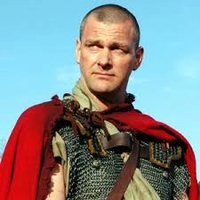 Disengage is now a combat action.

To combat with an enemy by behind do not penalize with -1D6 to the enemy. That only occurs if the enemy is charged or engaged

It is forbidden shooting to an enemy engaged in closed combat.

Honor roll to keep in combat or flee, must be made after reactive order are declared, at the end of every combat.

A result of a critic when solving wounds after a combat (close combat or shooting) is always a success.

A miniature captured after having been wounded cannot flee.

A opportunity shoot only can be declared when the enemy is doing a voluntary movement. ie: It cannot be declared when, after a close combat, that enemy is wounded and in the process of fleeing.

To clarify the number of wounds that a miniature can be suffer before dying, add 1 to everyone. If a warrior or elite suffer 2 wounds, it is dead. Heroes will die after suffering 3 wounds.

Mandatory movements can be performed through enemy miniatures.

Faith: Dice which receive +1 must be identified before rolling.

Shrapnel dice roll has not any modifier, neither the impact nor the damage.

A miniature is in cover if its base is in contact with the scenery element which obstructs the enemy attack.

Poisoned weapons only if they cause a wound.

An opportunity shoot cannot be made when the enemy is performing a mandatory movement o when the reactive miniature (the one which would want to do the
opportunity shoot) is suffering a charge or engage action.

A miniature is considered in a certain area of the table (ie: deployment area, combat zone, etc) when its base is completely within that area. If the base is partially over
the area, a 1D6 must be rolled, a pair result means the player will decide in which area the miniature is situated.

A relic can be grabbed from the floor or from a allied miniature just declaring an interact action with no roll needed (automatic success).